A Brief history of Bagpipes

Bagpipes are closely linked to Scottish culture however their history is complicated.

There is evidence that points to early Middle Eastern bagpipes dating back to 1000 bc, although records are unclear. They are also thought to have been used by the Ancient Greeks in the 1st millennium.

By the early 2nd millennium they were used extensively in Western Europe, where they were modified and improved. Although they were widespread across central Europe, there are no clear records of them in Britain until the 14th century.

The first real evidence of bagpipes in Scotland came via the description of the Battle of Pinkie Cleugh in 1547. It was during this era that bagpipes were said to replace the trumpet on the battlefield and establish their connection to the military world. Through the 16th and 17th Century they increasingly became synonymous with Scottish pageantry and culture.

As the British empire grew and expanded, the Royal highland division became a driving force of their success. The stirring music of the highland bagpipe became revered and respected.

The strong Scottish connection with the bagpipe was further ingrained during the first and second world war.

There are actually a number of different bag pipes around Europe and the Middle East. These are largely overshadowed by the dominance of the “great highland pipes”. These pipes are a modification of years of influence from all over the continent. The word “chanter” comes from the French word for sing. 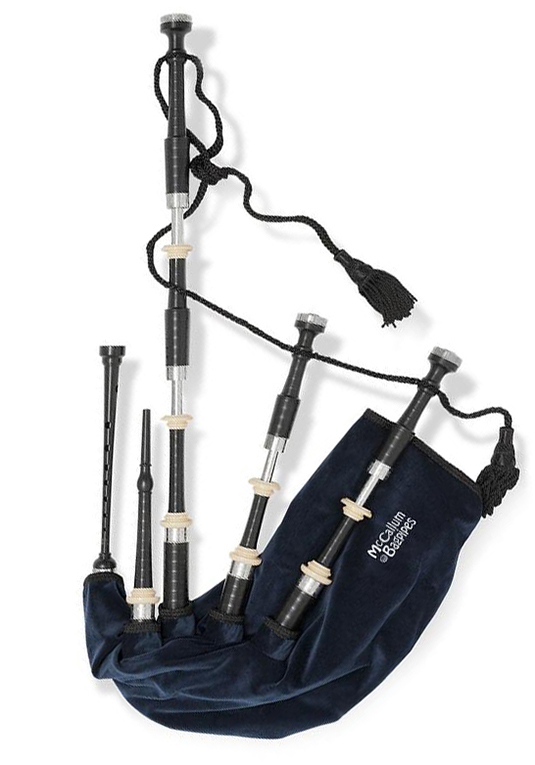