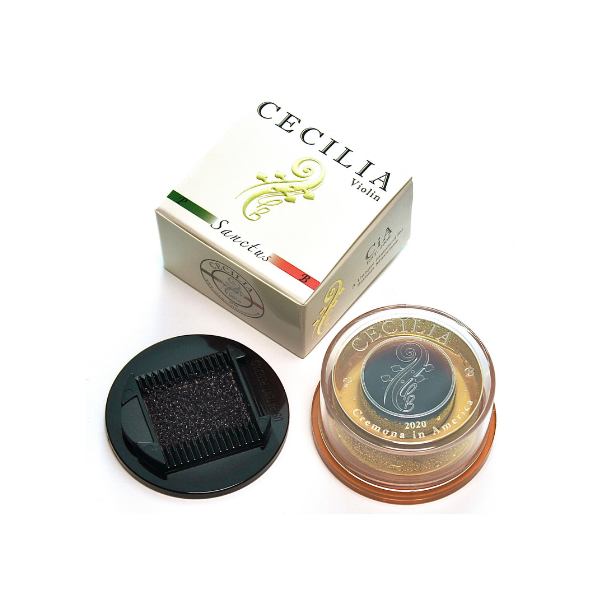 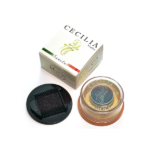 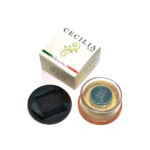 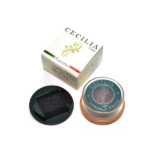 ANDREA rosin has been around for over 20 years now. While countless musicians have used and shown their appreciations on its quality, Cremona in America never stopped experimenting and looking for something more unique and fascinating to offer serious musicians. Enter Andrea Sanctus Rosin.

Sanctus is formulated to provide more possibilities in the sound of stringed instruments. This unique combination of two sophisticated rosin formulas provides the optimum balance for sound and bow control. These formulas have been put into two separate areas in one special rosin cake to show the clear definition of their roles. The outer ring formula has been designed to give a silky smooth playing feel and to produce a focused sound on the strings. The center formula responds and kicks in when the player demands more power and gutsiness from their instrument. The sound of these formulas when combined is noticeably more focused with enhanced tonal strength. Ultimately, it stimulates your musical mind to explore the endless possibilities in your sound.

How it is made

About 65% of the ANDREA “Sanctus” formula contains this. It is from pine trees, and it goes through the hydrogenation process, which the rosin molecules get hydrogenated.